Does a composite image showing the Space Shuttle Challenger commander Francis Richard Scobee and the CEO of Cows and Trees, Richard Scobee, prove that the 1986 space shuttle disaster never happened and the astronauts did not die? No, that's not true: The catastrophe was broadcast live, and its details were thoroughly investigated and reported to the president of the United States. The remains of the crew were found and identified.

No NASA challenger rocket blew up with people on it. You all got scammed for billions is what happened. ...and brainwashed while scammed. #FlatEarthFightClub #FlatEarth

The post contained a composite picture of the Challenger commander and an entrepreneur with a similar name. Here is what it looked like at the time of writing: 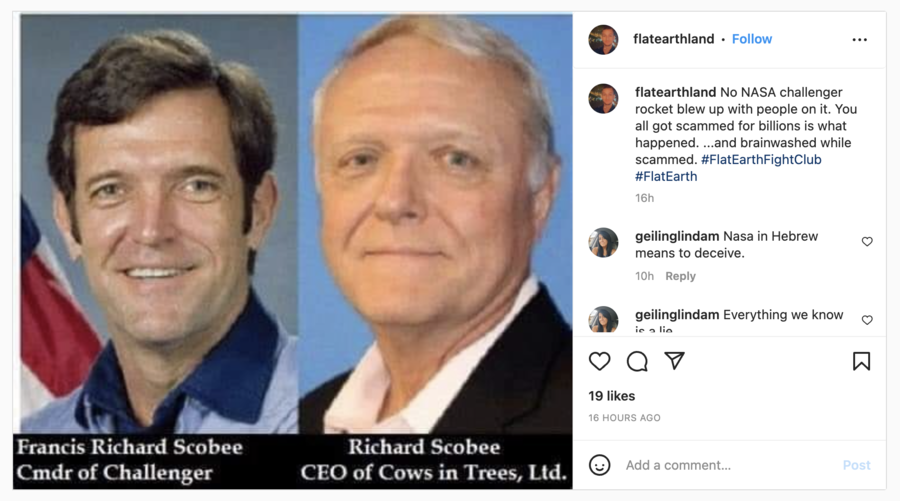 While the two men resemble each other somewhat, a closer look shows they are different people. For example, their ears and Adam's apples are shaped differently, and those features do not change over time.

While unrelated people rarely have stunningly similar appearances, it is not statistically impossible. Canadian photographer François Brunelle proved that by finding at least 250 pairs of strangers in 25 countries who looked nearly identical but were not twins or relatives.

Analysis of the known facts of the biographies of the two men also suggests that it's highly unlike that it could be the same person.

The NASA website details the Challenger commander's experience before the flight:

In 1978 Scobee entered NASA's astronaut corps and was the pilot of STS-41-C, the fifth orbital flight of the Challenger spacecraft, launching from Kennedy Space Center, Florida, on April 6, 1984. During this seven-day mission the crew successfully retrieved and repaired the ailing Solar Maximum Satellite and returned it to orbit.

These activities require strict attendance, discipline and time devotion. Thus, it's hard to imagine that Francis Richard Scobee would also be running a business on the side, serving in 1982 as a CEO at the Marketing Edge, Inc. in Chicago, as another Richard Scobee did, according to his LinkedIn profile.

The claim is a variation of a previously debunked conspiracy theory that all the Challenger crew members are still alive and live in the United States. That theory has been circulating on social media since at least 2015.

The Challenger disaster took place on January 28, 1986, taking the lives of seven astronauts. It was broadcast live by many TV stations, including CNN: 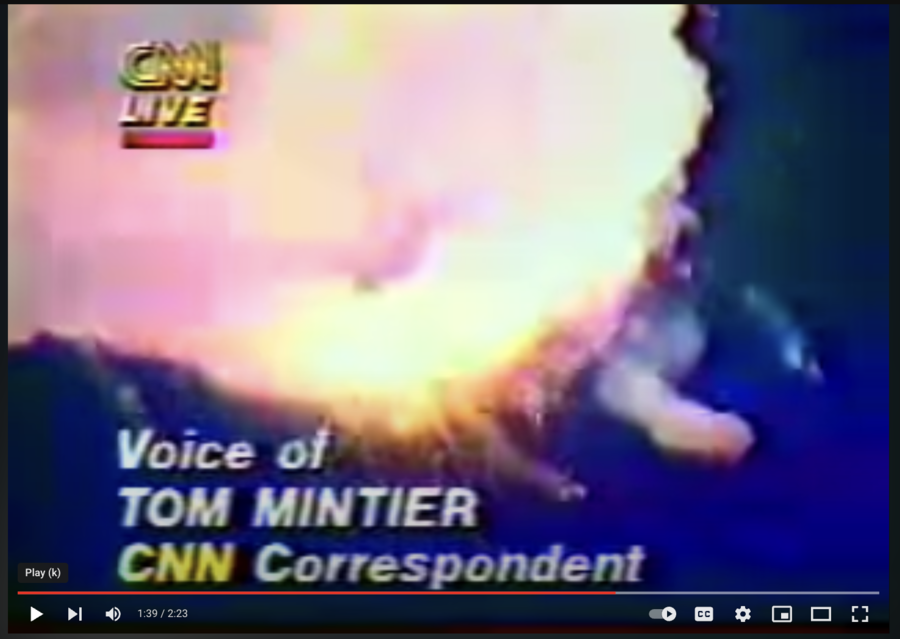 Then-President Ronald Reagan appointed a commission led by former Secretary of State William Rogers to investigate the causes of the disaster. The final report documented the final seconds of the space shuttle: 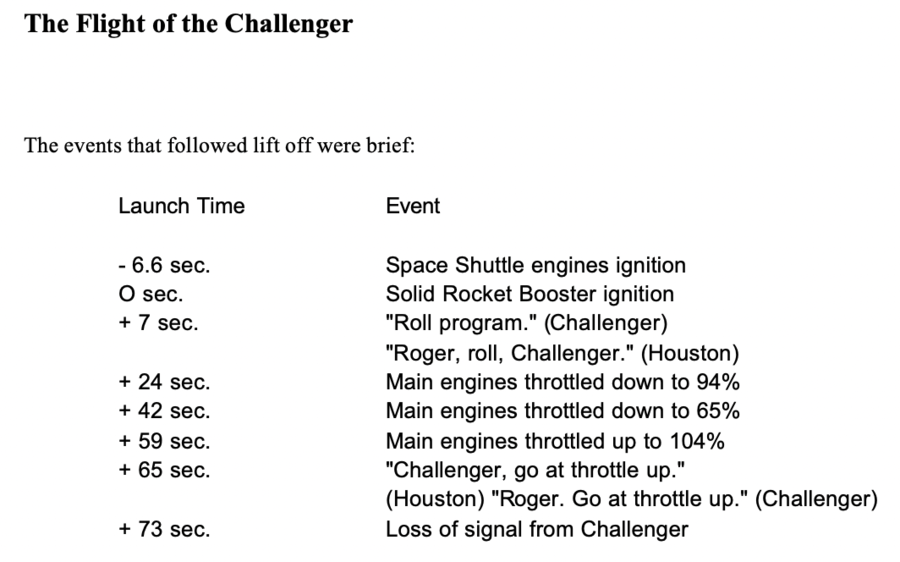 During the period of the flight when the Solid Rocket Boosters are thrusting, there are no survivable abort options. There was nothing that either the crew or the ground controllers could have done to avert the catastrophe.

Navy divers have located wreckage of the crew compartment of the space shuttle Challenger lying on the ocean bottom in 100 feet of water and confirmed that it contains remains of the astronauts killed nearly six weeks ago, NASA said today.

The news about the discovery of the astronauts' remains was also covered by major media companies such as The New York Times, the Los Angeles Times, UPI and the Associated Press.