Did the Chinese military equip its soldiers with self-destruct helmets? No, that's not true: There's no evidence from the Chinese government or from official Chinese state media that members of the military are being given helmets with that feature.

The claim appeared in a video on YouTube (archived here) published by Roman Balmakov, a reporter for The Epoch Times, on January 3, 2023, under the title "Self Destruct Helmets." It opened:

What's the reason for all this? Well, the Chinese military has been over the last several years now, struggling with soldiers deserting. ... 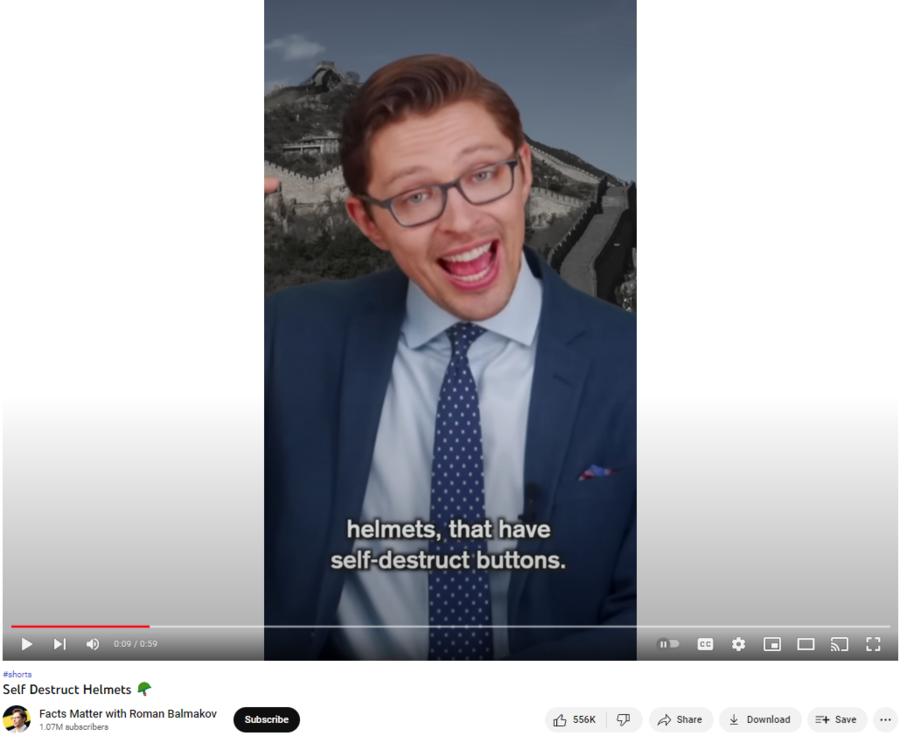 The nearly minute-long clip cites a story from The Epoch Times (archived here) published on January 11, 2021, titled, "China Develops Helmets for Soldiers With Self-Destruct Button: Report." The article claims its information came from "state-run media China Observer." The story goes on to say:

Hours after the Observer published the report, the content ... was deleted.

But the original report was archived by multiple websites.

Lead Stories ran the Chinese text found at the archived link through Google Translate to come up with an English version of the story, which said the information for the report came from "Observer.com" (highlighted in orange below): 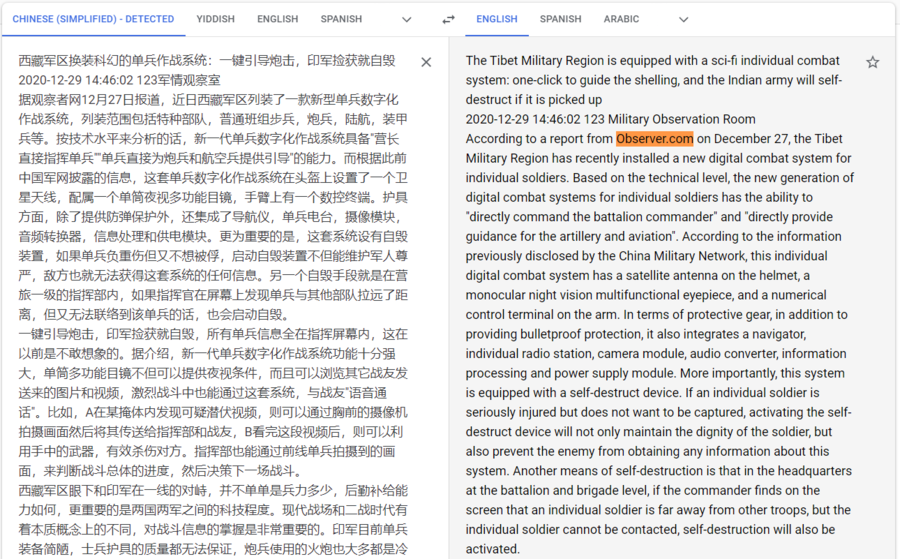 Problems with the source

None of the links provided in The Epoch Times story -- not the archived URL or the link to the original website, which is included on the archival site -- belong to state-run media websites. The link's root address, 163.com, suggests it is part of NetEase, a large Chinese tech company.

Separately, Observer.com is not a Chinese government site either. The website's "About" page says "Observer offers metropolitan professionals an original take on the latest in news, culture, politics and luxury, bringing its irreverent sensibility to a national audience." It's published by Observer Media, an American company based in New York.

The Epoch Times and Vision Times

If you only go by the name of the purported source, China Observer, there are more options but none of them are state-run media. China Observer runs a YouTube channel by the same name. China Observer is operated by Vision Times, a Falun Gong-affiliated Chinese-language weekly newspaper, and is one of many outlets for the anti-Communist spiritual movement.

The Epoch Times also has ties to the Falun Gong. In 2021, The Atlantic called Vision Times a "doppelgänger site" of The Epoch Times.

Graham Webster, editor-in-chief of the DigiChina Project at the Stanford University Cyber Policy Center, provided Lead Stories his assessment of the sources in The Epoch Times article in a January 20, 2023, email:

The text I examined is linked from Epoch Times, which is of course not Chinese state media.

In a separate email from Webster on the same day, he added:

All I can say is that clicking through to the Chinese-language source article cited by the Epoch Times does not appear to provide a clear statement that the 'self-destruct' function on the gear being discussed would trigger a bomb or kill the service member wearing it. It could be read to imply that, but it could also imply mere bricking of the gear such that enemy forces could not access information or capabilities. Some googling doesn't bring up obvious further sources, but rather repetitions of the same basic narrative. Without further evidence, I would assess this as vague information from a minimally authoritative source.

Lead Stories reached out to The Epoch Times for clarification on the sources used in its story and received what appears to be a computer-generated response on January 19, 2023:

Thank you for contacting The Epoch Times.

Your feedback is important to us and helps us grow and stay true to our mission.

We have forwarded your feedback to the relevant department for their review.

We are grateful for your interest and support!

If Lead Stories receives any additional information from The Epoch Times, it will be added to the story.

A media expert in Hong Kong told Lead Stories that in theory, all media outlets in China belong to the Communist Party. While many of them are financially independent in the sense that they don't receive any money from the government, they are all editorially regulated and censored, meaning they are state-controlled.