Was John Travolta found dead from apparent suicide after his wife's death? No, that's not true: This death hoax is one of many produced by a complex scheme coming from the Philippines that drives web traffic by tricking people into sharing a link to the scam in order to continue watching a video.The false story originated shortly after the public learned of the death of John Travolta's wife, Kelly Preston, but John Travolta did not kill himself.

Misleading Facebook posts popped up that go to an article (archived here) published by VIRALVIDSTODAY.BLOGSPOT.COM on July 14, 2020, under the title "After His Wife's Death, JOHN TRAVOLTA Found Dead Inside Their Room From Apparent Suicide." One post was put in the California Small Business Owner Group by a profile, Jonna Ogabar. Her post was captioned:

After His Wife's Death, JOHN TRAVOLTA Found Dead Inside Their Room From Apparent Suicide It has been confirmed that John Travolta has passed away. Our hearts go out to her friends and family. Watch the Video in my Timeline. 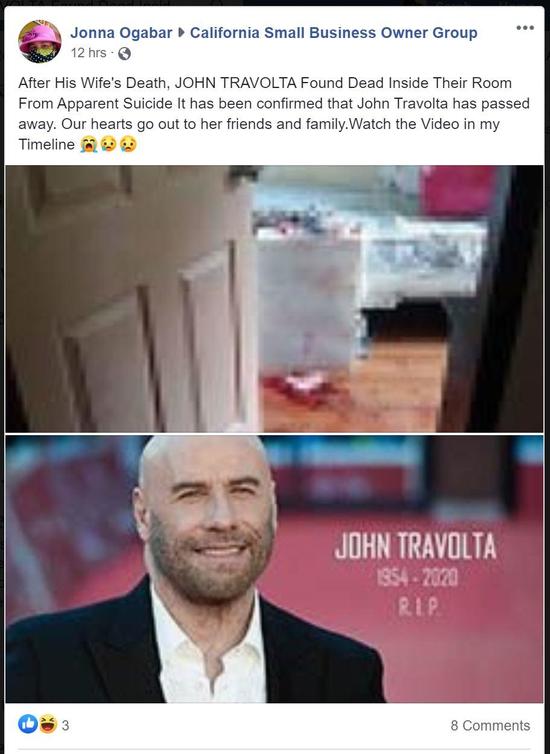 With reverse image search, the grim and blurry photo of the room used to illustrate that post was found to have originated in a 2017 blog post from news website in the Philippines, rmn.ph titled, "Crime scene sa gipatay nga babayeng Radio Dj" (here)(archived here) 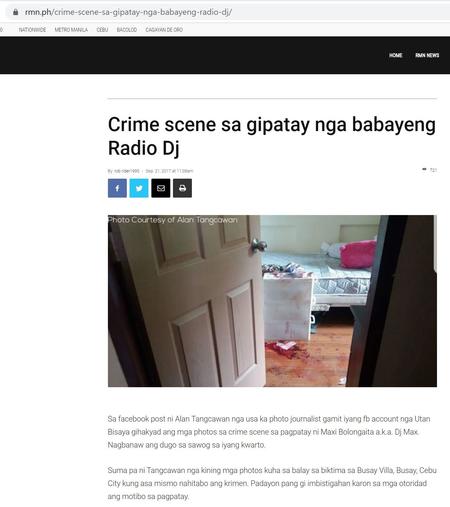 Following back to the timeline of Jonna Ogabar the #RestInPeace post has the link to the blog, VIRALVIDSTODAY.BLOGSPOT.COM. 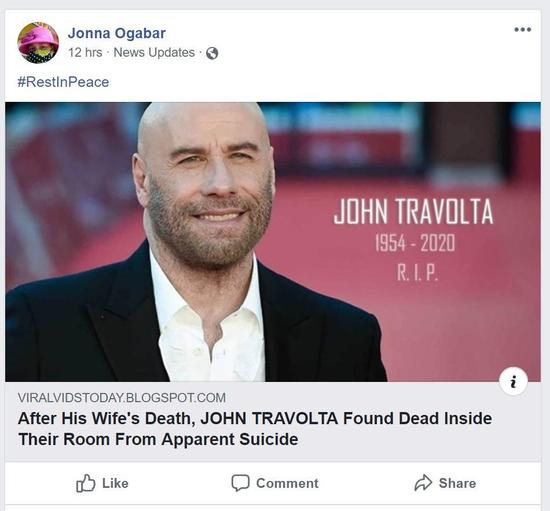 Clicking the link to VIRALVIDSTODAY.BLOGSPOT.COM only affords a brief glimpse of the blog page before redirecting to a fake video. 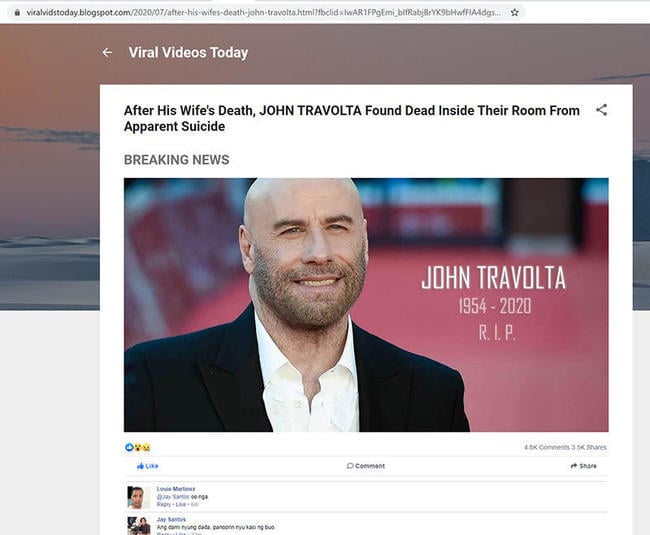 The video at randomnames.club shows a still photo which appears to have been taken from the newspaper The Sun. The fake video also has the heading "World Breaking News," and a fake view counter. 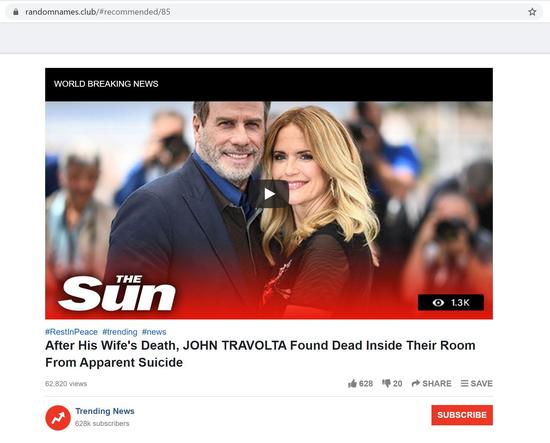 While The Sun has many articles about John Travolta and his family, none feature this image and false headline. On July 13, 2020, The Sun published, "'BRIGHT, BEAUTIFUL AND BRAVE' John Travolta's new agony as wife Kelly Preston dies after secret two-year breast cancer battle" (here)(archived here). The Sun has a dedicated page about John Travolta (here)(archived July 14, 2020, here) that does include a wedding photo which also is the next image in the fake randomnames.club video. After taking some seconds to "load" the fake video, the wedding picture comes up and the video freezes with a text overlay. 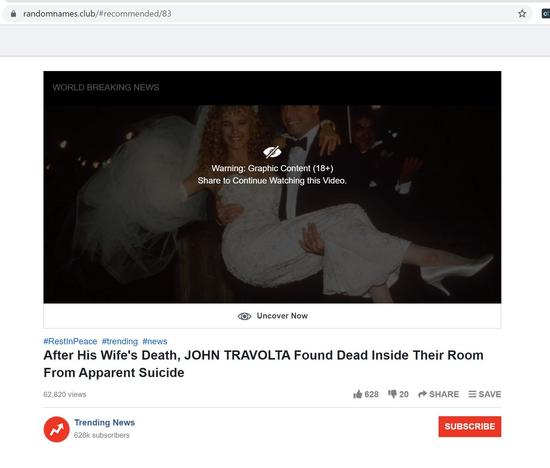 If the viewer is tricked into sharing the hoax link on their timeline, at this point they are stuck in an endless loop and will never see the "Graphic Content" video that is promised. The "video" will reset back to the beginning. After "loading" for a while it reverts to "The Sun" opening image and then the wedding picture with the "Graphic Content" warning where the cycle begins again.

Previously, the same network of sites has created another death hoax about Will Smith and his son, as well as false reports about Duane Chapman, Clint Eastwood, Dwayne "The Rock" Johnson, Tom Cruise and Rowan "Mr. Bean" Atkinson.