Does a blurry video posted to Mike Lindell's Frankspeech.com show internally consistent evidence of election fraud? No, that's not true: the (clearer) screenshot that serves as the thumbnail image for the video shows identical data for Pennsylvania and Wisconsin. That would suggest the video documents manufactured evidence. The video was also used as the centerpiece of Mike Lindell's Cyber Symposium in Sioux Falls, SD on August 10-12, 2021 and was frequently refered to as the proof for the claims being made on stage about election fraud. 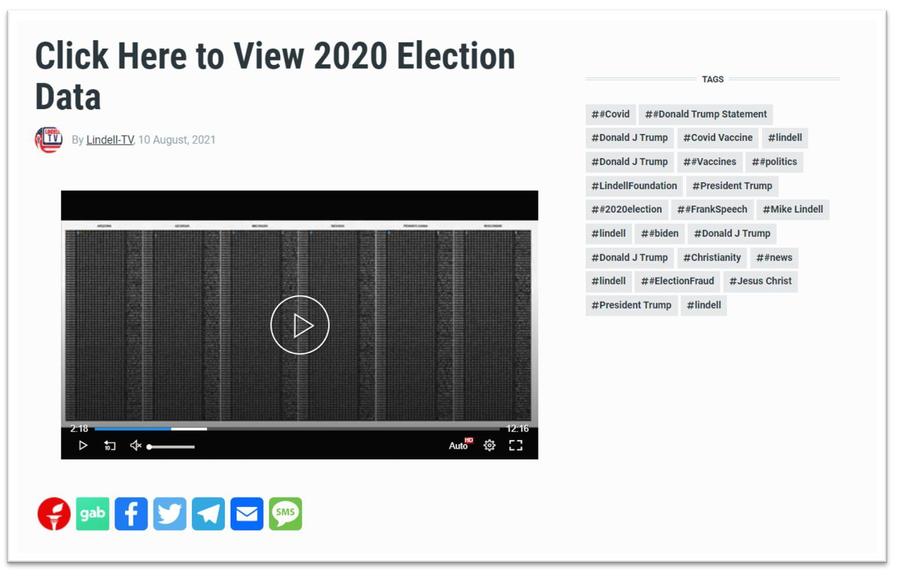 We downloaded the image and you can see it below:

Notice anything special about those Pennsylvania and Wisconsin columns? 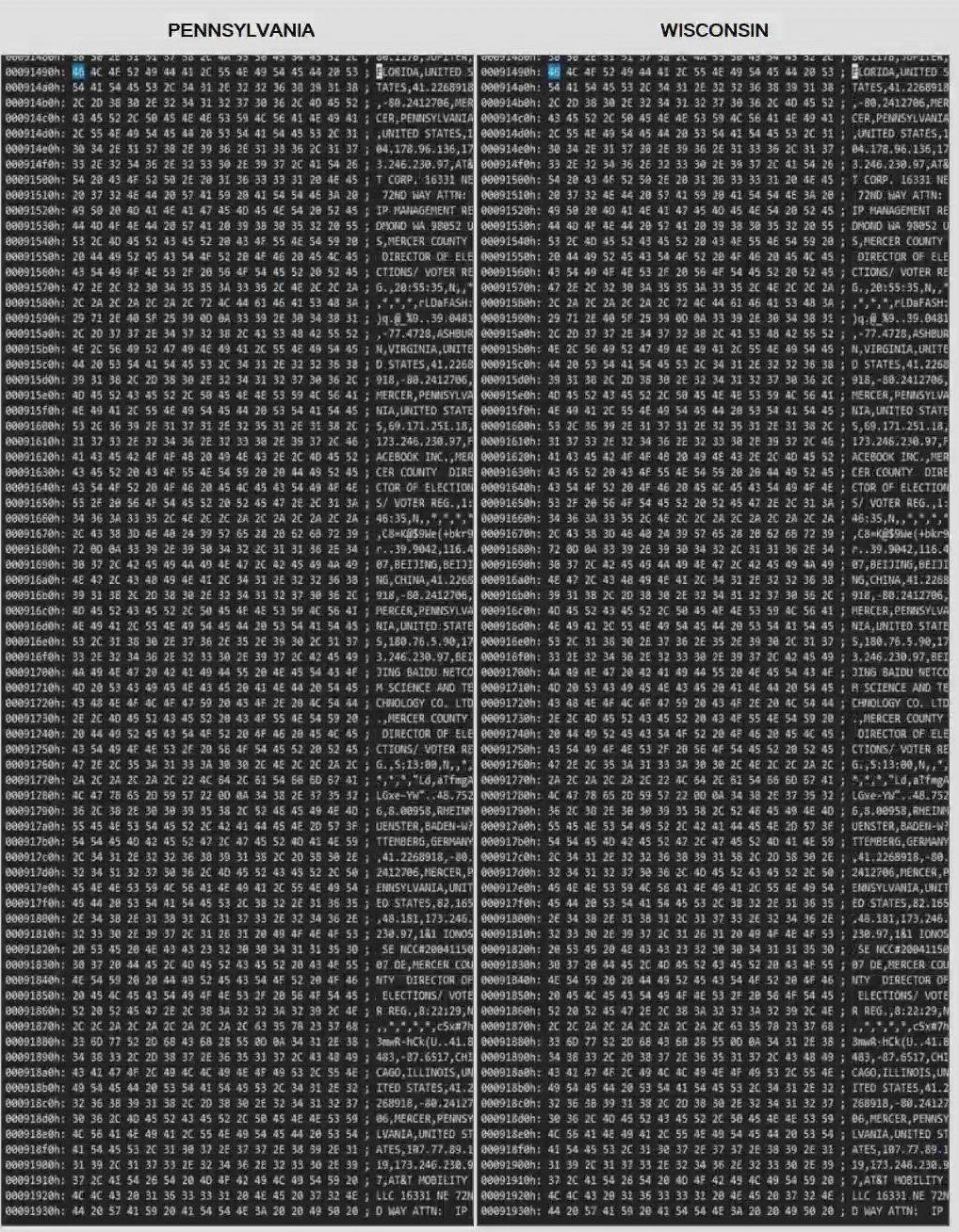 That's right, they are completely identical.

Photos taken by cyber expert Robert Graham on August 10, 2021 show the video being on display in a kiosk near the stage at Lindell's Cyber Symposium. Even though the characters are a bit blurry you can clearly see the exact same patterns being repeated.

45/ the picture from this morning was empty of people because I arrived early. There are at a couple hundred people here. pic.twitter.com/EvHCdUDBXF 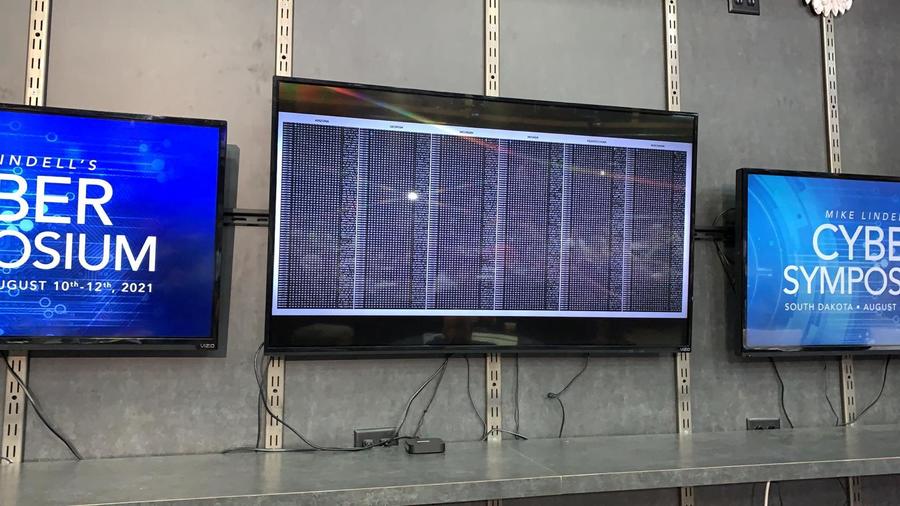 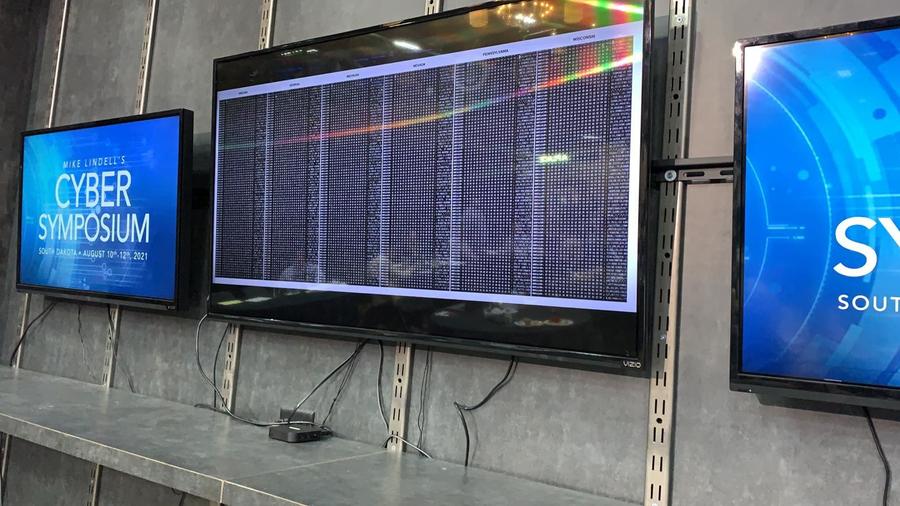 (Image credit: Robert Graham. Click on the images for a full size version)

Here is a blowup of the image with some highlights added that show identical patterns in both columns. 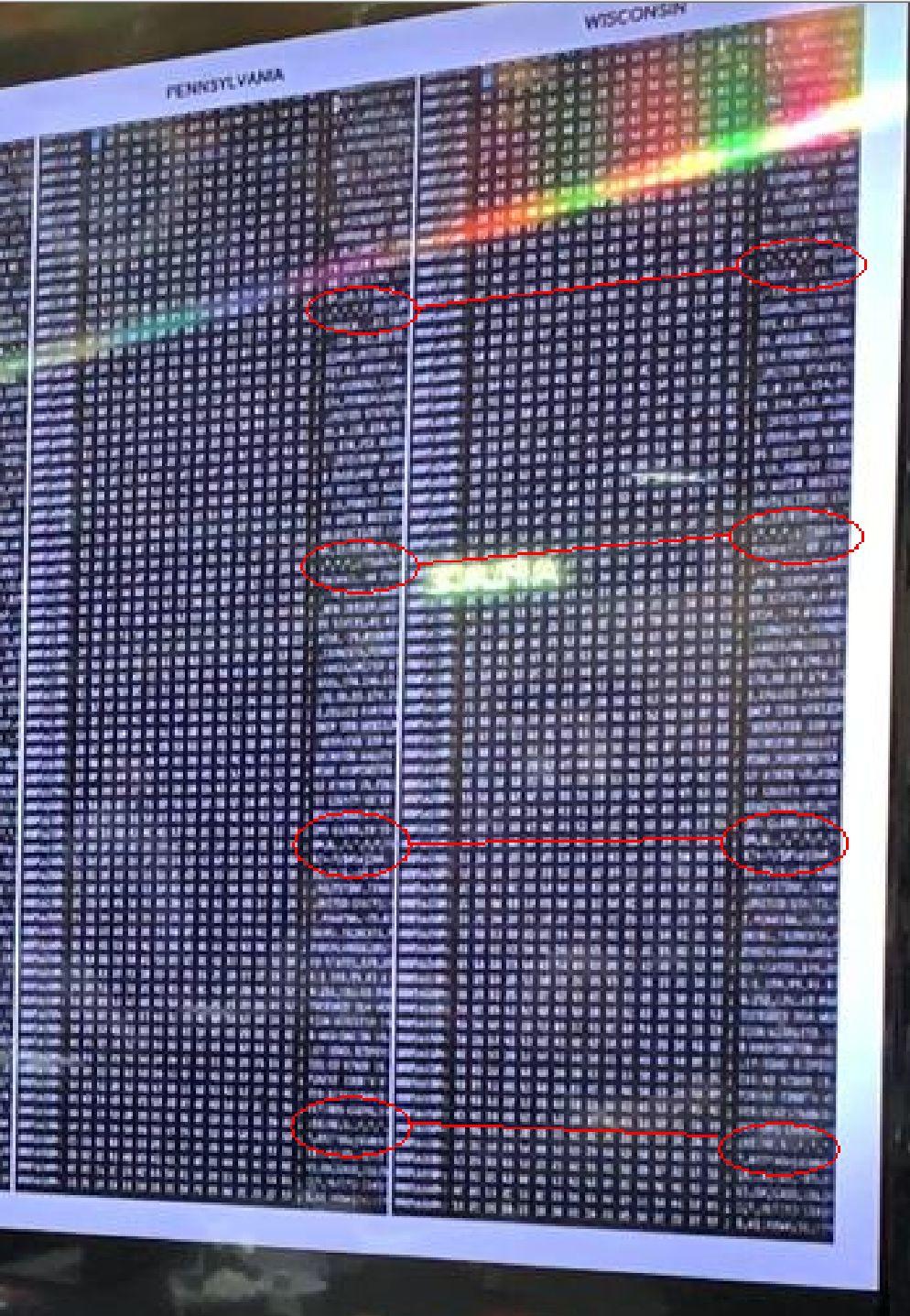 Here's one more image sent in by Robert: 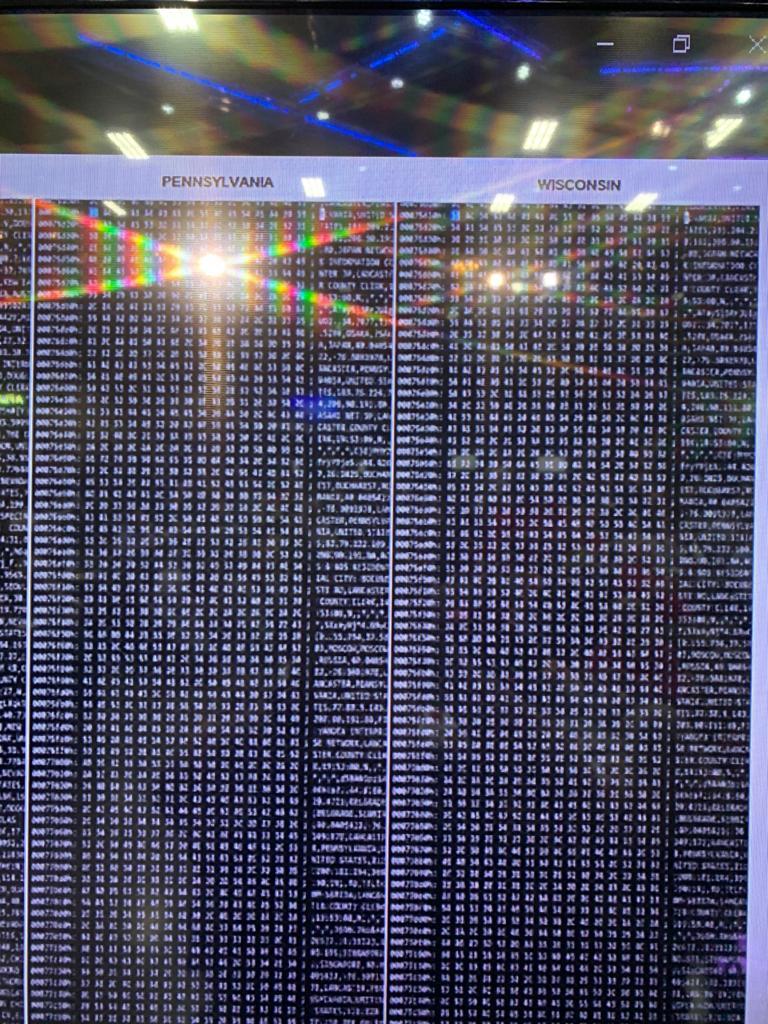 He sent us several more that you can see here:

Now, we don't know what this data is supposed to represent. According to our cyber expert Robert Graham it certainly doesn't look like packet captures from an election, and there are good reasons to assume the data shown in the video is simply the result of running hex dump software on text files containing made up data.

But whatever it supposedly is (hacker attack sources/targets?) it would be impossible for the same sources to attack exactly the same targets in two different states. Not every state has the same towns. There are the exact same references to "Mercer County", "Florida", "Pennsylvania", "Chicago, Illinois", "Virginia" etc., on exactly the same lines.

That means this evidence is internally inconsistent and thus invalid, something we said we would be looking for in our post announcing the list of questions we were going to try and get answered at Lindell's Cyber Symposium.