Does 5G cause nosebleeds, cancer in the brain, low sperm count, headaches or insomnia? No, that's not true: A video offers no proof of the claims made about the wireless technology. While the long-term effects of 5G technology are still being researched, numerous public health agencies have determined that it does not present a health risk to people in general.

The claim appeared in a video (archived here) on Facebook on June 26, 2020, and then gained popularity again two years later in June 2022. It was published under the title "5G TOWERS WENT UP DURING LOCKDOWN WHAT YOU NEED TO KNOW." It opens:

People. Jake, we live? Facebook just took me down. 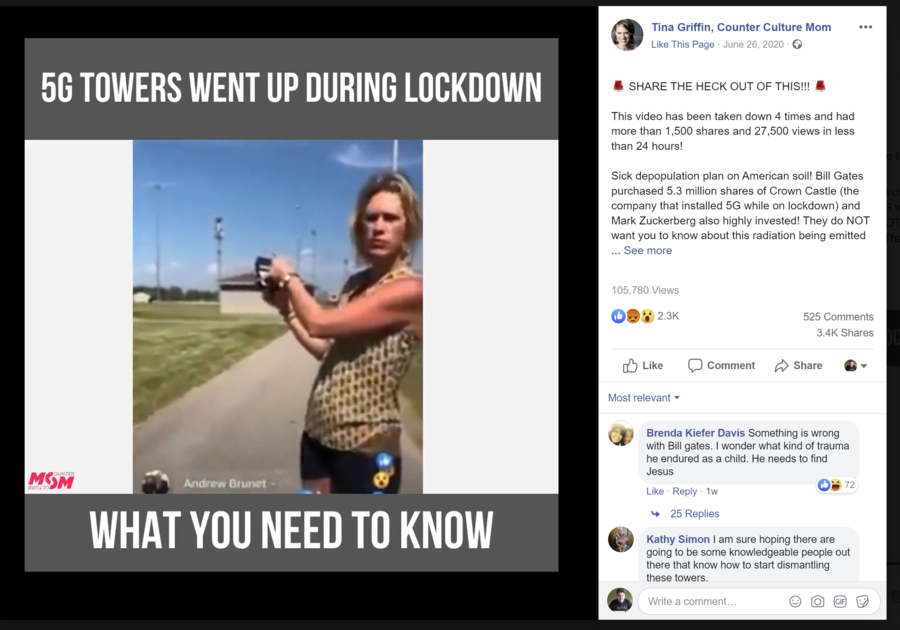 The 12-minute, 22-second video shows a woman standing in front of what she implies is a 5G cell tower in the background. The woman does not identify herself or her location, and there is nothing visible to establish that the background structure is in fact a 5G tower. She is holding a device in her hand that she describes only as a "meter," and she claims, "I'm getting an 8, an 11," implying that it is showing readings from what she calls a "death tower," referring to the tower behind her. She does not display the numbers on the device.

She makes multiple claims for which she gives no evidence or proof to back them up. She claims that Facebook has removed her videos and that Bill Gates and Mark Zuckerberg are behind the 5G towers. Gates has been a frequent target of conspiracy theories as Lead Stories has reported here. Stories referencing Zuckerberg are here.

I have the proof that this radiation is killing people.

That is deadly radiation, I'm getting fried as I'm talking to you.

There are no visual indications that she is being "fried."

The claims have been refuted by national and international health agencies. As Lead Stories has previously reported, there is no evidence that 5G waves cause health problems in humans. The World Health Organization published a resource that explained there have been "no adverse health effect" that has been "causally linked with exposure to wireless technologies.

In response to the question "What are the potential health risks of 5G?" the resource says:

To date, and after much research performed, no adverse health effect has been causally linked with exposure to wireless technologies. Health-related conclusions are drawn from studies performed across the entire radio spectrum but, so far, only a few studies have been carried out at the frequencies to be used by 5G.

As the frequency increases, there is less penetration into the body tissues and absorption of the energy becomes more confined to the surface of the body (skin and eye). Provided that the overall exposure remains below international guidelines, no consequences for public health are anticipated.

These guidelines are not technology-specific. They cover radiofrequencies up to 300 GHz, including the frequencies under discussion for 5G.

The U.S. Food and Drug Administration has determined that there are "no new implications for 5G":

While many of the specifics of 5G remain ill-defined, it is known that 5G cell phones will use frequencies covered by the current FCC exposure guidelines (300 kHz-100 GHz), and the conclusions reached based on the current body of scientific evidence covers these frequencies. The FDA will continue to monitor scientific information as it becomes available regarding the potential impacts of 5G. 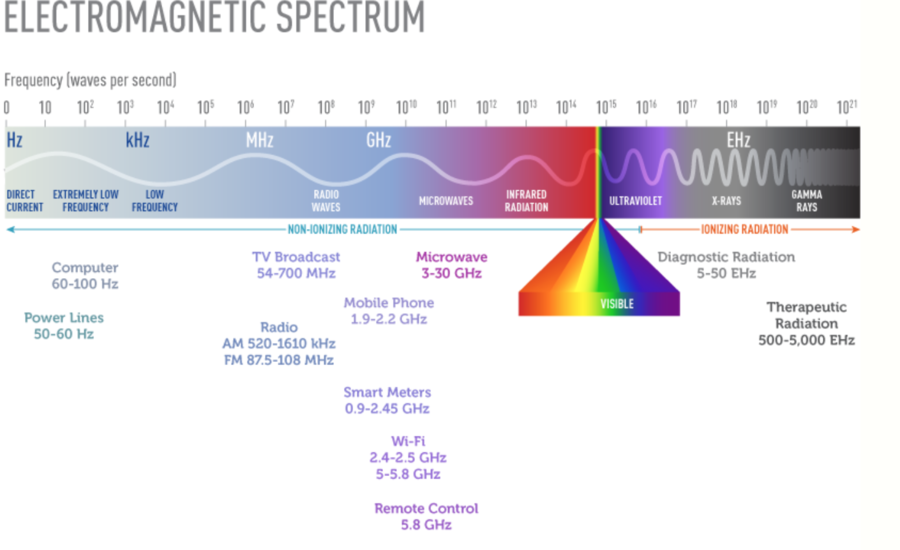 When it comes to wireless networks, 5G is the only generation that uses millimeter waves. The National Toxicology Program (NTP), which is part of the U.S. Department of Health and Human Services, has explained that millimeter waves are a defining feature of 5G that assist with its speed and reliability:

The higher frequencies, known as millimeter waves, can rapidly transmit enormous amounts of data with increased network capacity compared with current technologies. Millimeter waves do not travel as far and do not penetrate the body as deeply as do the wavelengths of the lower frequencies. Since these millimeter waves are likely to penetrate no deeper than the skin, there is less concern that these frequencies can cause harmful effects in the heart and brain. However, scientists do not know if millimeter waves may cause toxicity in the skin and other human tissues. Since the NTP's studies have demonstrated that there is some interaction between RFR exposure at the tested frequencies and cancers of certain tissues, there is a need to understand the interaction between RFR and biological tissues and the factors that affect that interaction.

So, while more research is needed to determine the effects of RFR exposure at varying frequencies on the body, no evidence directly points to 5G as a potentially harmful source of radiation.