Is the IRS offering Americans "additional spending" in 2023? No, that's not true: Neither the government nor the IRS are offering a new cash stimulus to people who make under $50,000 and who are not on Medicaid or Medicare.

The claim appeared in a video published on Facebook on January 4, 2023, under the title "Claim Your $540/Month In Health Credits." The video narration opened:

The IRS is giving Americans additional spending for only a few more days. 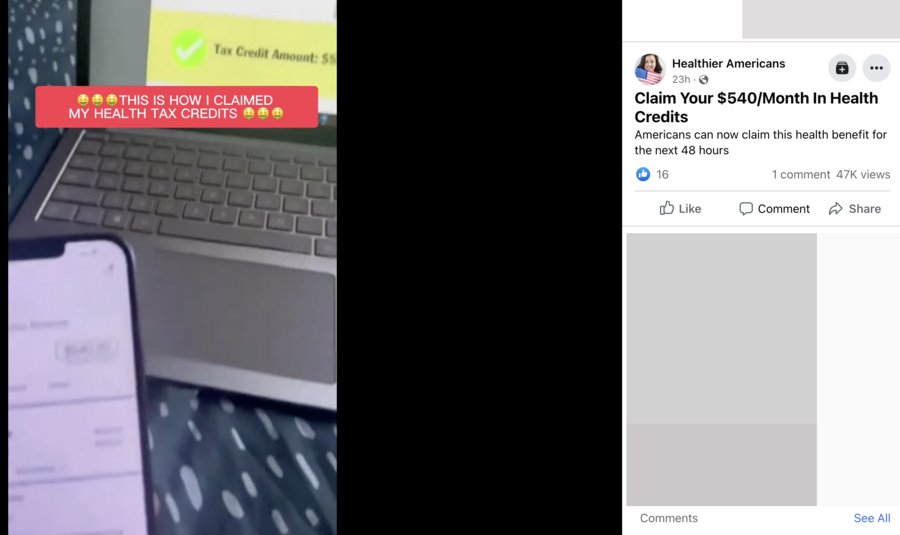 The caption above the video in the post reads, "Americans can now claim this health benefit for the next 48 hours." The full text of what the narrator in the 18-second video claims with a rapid-fire delivery is:

The IRS is giving Americans additional spending for only a few more days. Anyone that makes less than $50,000 a year can go claim their $500 a month today. The best part is that I was able to do this all from my phone. All I had to do was let them know that I made less than $50,000 a year and that I'm not on Medicaid or Medicare. I instantly was qualified and you can too with the link below.

The video shows a quick screenshot of the IRS website section titled, "The Premium Tax Credit -- The Basics," which did not state that there is a way to claim $500 a month in cash if a person makes under $50,000 and is not on Medicare or Medicaid.

Lauren Winebrenner with IRS media relations told Lead Stories via telephone on January 9, 2023, that the agency recommends using only reputable ".gov websites" for tax information. "Healthcare.gov and IRS.gov are official sources for information on the premium tax credit," she said.

At seven seconds into the video it shows a screenshot that reads, "Health Stimulus account $5,200 a year." Lead Stories has debunked the claim that there is a $5,200 a year stimulus here. The link in the Facebook post goes to the website Healthier-Americans.com (archived here) with the headline, "Americans Getting Free Health Subsidies, Including Up To $17,000/year In Benefits." There is a question that asks, "Do you make under $50,000 a year?" If you select "yes," it goes to a second question that asks, "Are you on Medicare/Medicaid? (You do not qualify if you are)." If you answer yes to the first and no to the second question you are directed to call a phone number that rings once and then a busy signal is heard.

The Facebook page where the video was posted, Healthier Americans, was created on December 30, 2022, according to the transparency page, as this screenshot shows: 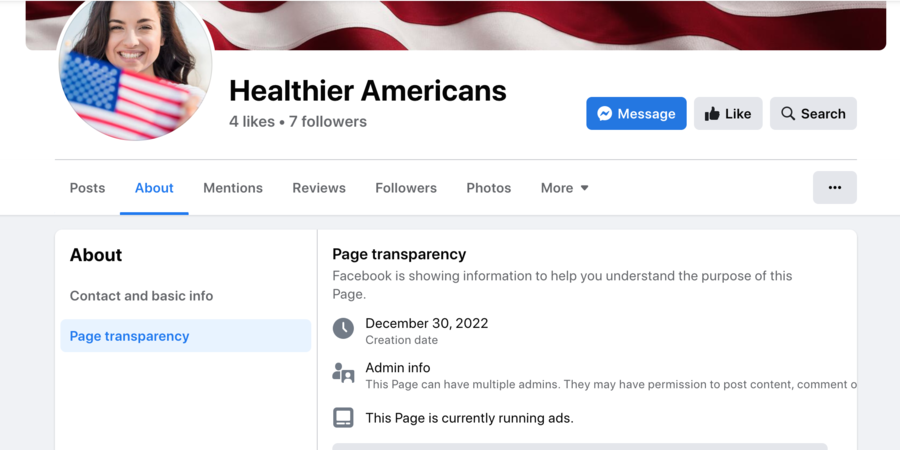 There are no credible news reports of a government stimulus being offered as of January 5, 2023, nor a $5,200 cash health care stimulus nor an IRS credit. The IRS premium tax credit is not a cash refund but a tax credit.

The Federal Trade Commission lists health care scams as among the most frequently used by scammers. According to the FTC website:

You get a call or see an ad offering you big discounts on health insurance. Or maybe someone contacts you out of the blue, says they're from the government, and asks for your Medicare number to issue you a new card.

Scammers follow the news. When it's Medicare open season, or when health insurance is a big story, scammers get busy contacting people. They want to get your Social Security number, financial account numbers, or insurance information.

The FTC recommends that people spend time doing thorough research before sharing any of the information listed above.

HealthCare.gov, a health insurance exchange operated by the federal government, points out that official announcements and communications always come from websites and emails that end in the domain ".gov."

Lead Stories debunked an almost identical claim that the president announced a program giving "Health Credits" to anyone making under $50,000 a year here and has debunked multiple claims of a new stimulus plan that gives people various amounts of cash here.