Did children read words predicting the 9/11 attack "moments before" planes hit the World Trade Center as then-President George W. Bush sat with the children in a Sarasota, Florida, schoolroom? No, that's not true: An online claim to that effect distorts the facts by manipulating the timeline and changing the content of the lesson to fit the narrative. 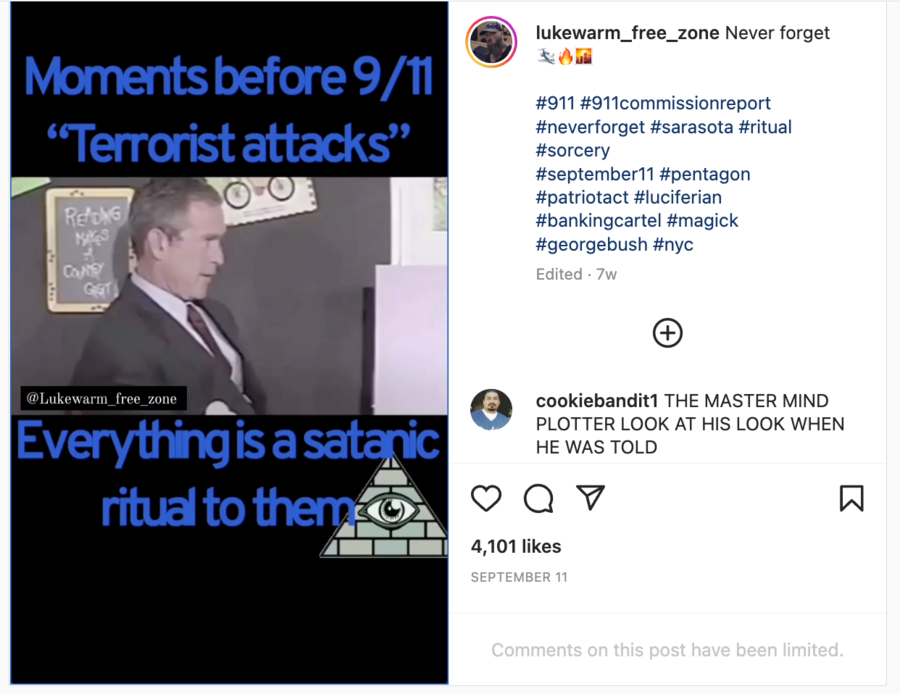 This is what I mean when I say this Luciferian cult does everything out of a ritual or spell. This is the day of September 11 when George Bush was visiting the elementary school in Sarasota, Florida, and the teacher is having a little reading class. Pay attention to the words that are selected and the kids say.

At this point, the video transitions from a still image of Bush to classroom footage showing a teacher pointing to the whiteboard. The chorus of children's voices does not sound clearly audible at times and subtitles depicting the purportedly said words appears on the screen.

This is the dialogue, with the post's purported words from the children:

TEACHER: Boys and girls, sound this word out, get ready. What word?

TEACHER: Yes, must. Let's read these words the fast way without making a mistake.

Then, as the same audio fragment plays again, the video showed the footage of the planes hitting the Twin Towers of the World Trade Center in New York City.

However, a longer version of the same classroom scene shows that the children practiced reading many other words that are not even remotely associated with 9/11, including "cake" and "smile." Some of them are even visible in the footage: 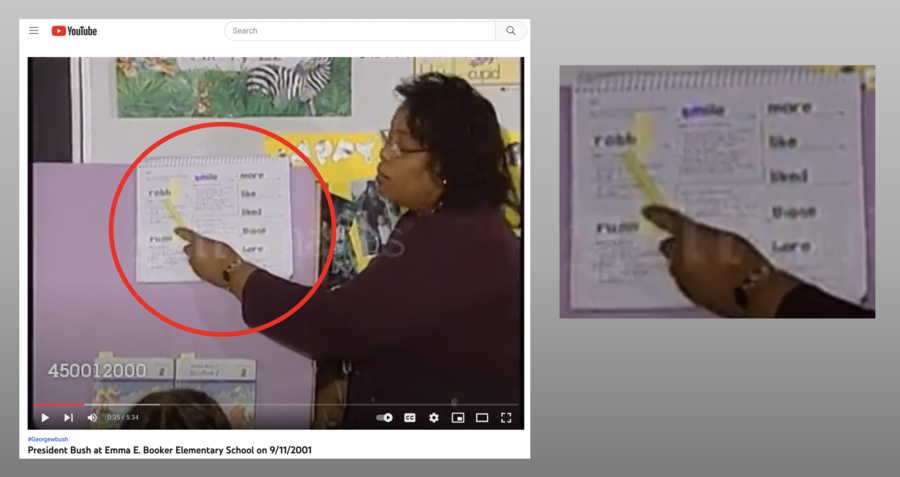 The in-built caption in the video said that the classroom scene took place "moments before [the] 9/11" attack, but that's manipulation of the timeline: The class was being filmed as the attack was already in progress, not before it.

The first plane hit the first tower at 8:46 a.m., and the president was briefed about it four minutes later. But, according to the 9/11 Memorial Museum timeline, Bush and his advisers initially thought that it was a "tragic incident" involving a "small plane" -- and the president walked into the classroom.

As the lesson continued, his staff followed the situation via a live broadcast. At 9:03 a.m., another plane hit the South Tower.

Here is how Dave Wilkinson, who was on the president's Secret Service detail, described that moment in a 2021 BBC documentary (at the 2:12 mark):

It hits me as I'm standing there next to the president to the left that the president's the only one that doesn't know the second plane hit the building.

It was then-White House Chief of Staff Andy Card who delivered the news moments later. Recalling it 20 years later, Bush also confirmed that while in the classroom. he received the message about the continuation of the attack, not its start (at the 2:39 mark):

Andy Card comes up behind me and says, 'Second plane has hit the second tower. America is under attack.' And I'm watching a child read.

In 2021, Tampa, Florida's Fox 13 TV also produced a video explicitly saying that the 9/11 attack started before the lesson: 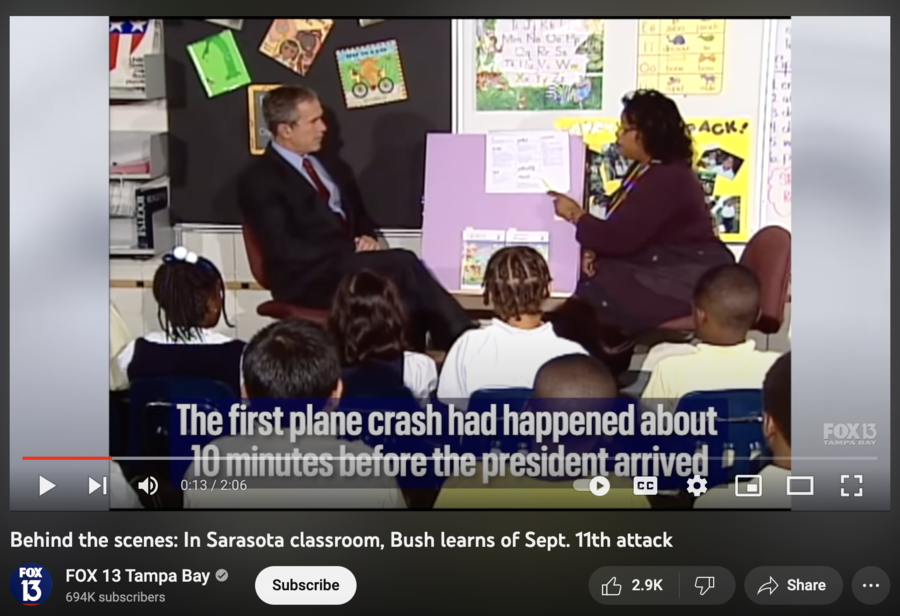 If a viewer watches the same Fox 13 YouTube upload at a lower speed, it will become apparent at the 0:12 mark that "plane" was not what children were reading in the Sarasota classroom. Instead, they practiced "play-ing:" 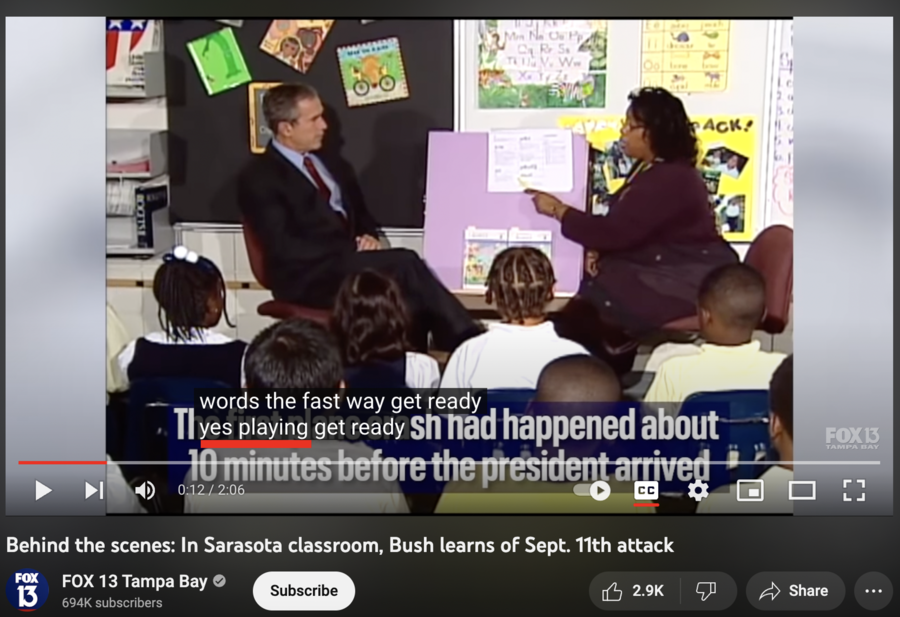 Additionally, the reading lesson was centered around the story titled "The Pet Goat." But its vocabulary does not include "plane" or "steel" -- only "playing" and "steal."